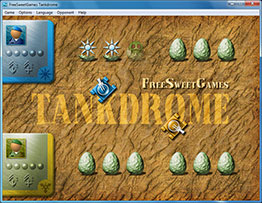 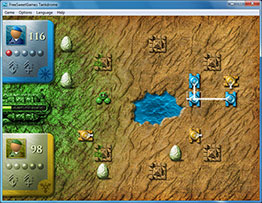 Trick and compromise are on the thorny path to a common goal.

Swarms of giant poisonous slugs hit the territory of a small state. Rare water resources are under threat of infection.

International armoured corps aims to help the local army to fight the invaders. However, the country's influential military lobby were unhappy intervention. Unified command was rejected. Now, each commander has the opportunity to better express themselves.

Commander receives some operational actions for each turn. He can use it on your own. A single action is to move the tank in a different direction and the destruction of the enemy.

Tanks must join forces to hit a fat slug. The attacking tank goes on the firing line, while others enhance its power by attaching combat generators.

The main mission is the destruction of the invaders and all the tanks are acting together. All possible support will be provided regardless of affiliation attacking tank. Only preference tanks of acting commander.