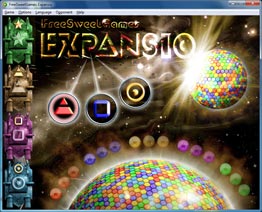 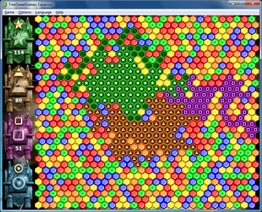 Seize control of the minerals of the planet, ahead of opponents.

At the mineral-rich planets face competing interests of corporations, each of which seeks to completely control the extraction of valuable resources. By unwritten agreement among miners the leading position receives the one who will seize greater territory on the surface at the initia planetl expansion.

Deposits of minerals are divided into separate groups of resources. Each group is interconnected cells with one type of minerals that can be captured at a time.

During a turn, the player can take hold of all the minerals groups of one type is adjacent to his territory. In addition, all cells are completely surrounded by the territory of one player, also pass under his control.

The dominator and the winner becomes the one who will grabs greater area, leaving no chance to overtake him.