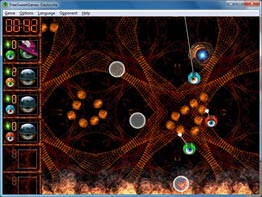 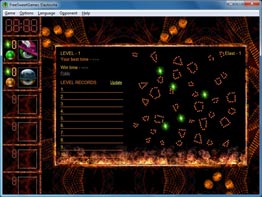 Ascension in the boil era - reach the first!

The world of the Elastovita is similar to a layer-cake. In the bottom layer of biosphere are born and evolve one-armed elasts. In the top layer inhabit «enlightened» two-armed individuals. Between them there is an impassable border barrier that separates these species.

During the so-called era of boiling, when the Elastovita passes pericenter of its orbit around the red star from a powerful stellar exposure boils barrier layer. Many one-armed elasts break forbidden border to rise to the upper world. To do this they need to go through the transformation of the body under the influence of radiation.

Elasts overcome the boiling layer in the bubble, which protects them from aggressive environments. The bubble blocks any activity within, so that you can only be freed with the help of external factors - collision with an obstacle or a reduction in pressure at altitude.