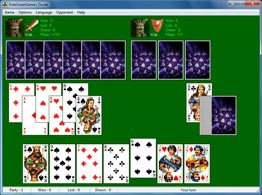 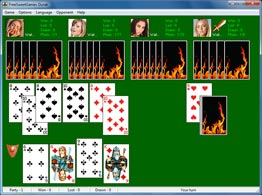 Popular Russian card game against 1 - 5 opponents at once.

The deck of 36 cards is shuffled, and each player receives six cards. The top card on the remaining deck is made visible and placed at the bottom of the deck across it (so that its denomination is seen). This determines the trump suit and the revealed card is actually part of the deck, the last card to be drawn. The player with the lowest trump is the first attacker or the player to the left of the previous fool.

Additional card packs (save files to the game folder)